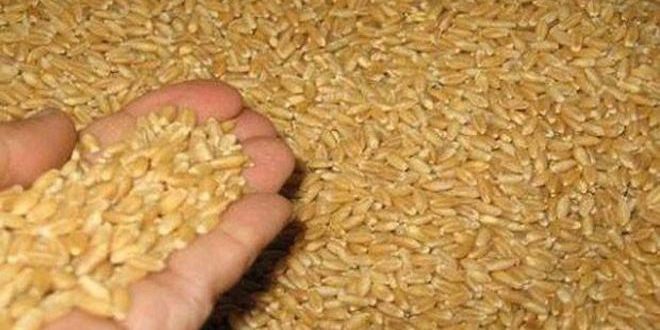 HASAKA, SANA- In the framework of targeting the economic infrastructure and sabotaging strategic crops all over Syrian al-Jazeera, a US occupation-backed  illegitimate organization distributed on Sunday suspicious, of unknown origin, wheat seeds to a number of farmers in villages located in the northeast part of Hasaka province.

Local sources in al-Malkiyah told SANA that an illegitimate organization, in cooperation with “QSD” militia and under the supervision of US occupation, distributed wheat seed to farmers in the villages of Ayn Diwar, Mazraat al-Nasara, Hab al-Hawa, Tal al-Dhahab and other villages.

The sources added that the US occupation forces deceive the citizens that the distributed seeds are of good and of high quality to encourage them to use them in their farms.

Director of Agriculture and Agrarian Reform department in Hasaka, Said Jaji, told SANA that the distributed seeds were brought in recently through al-Waleed illegal crossing point, adding that the lab analyzes showed that they are invalid for agriculture.