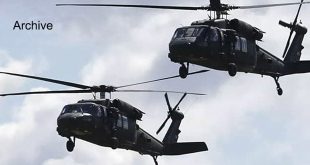 Washington, SANA- New York Times revealed that a top-secret US combat unit had launched dozens of bombs and missiles that killed dozens of civilians in Syria during  several years.

The newspaper added in a report that “the Talon Anvil” unit worked in three shifts around the clock between 2014 and 2019, identifying targets for the US air force.

However, people who worked with this cell say that the cell circumvented the rules of protecting non-combatants and alarmed its military and CIA partners by killing people who had no part in the conflict, such as farmers trying to harvest crops, children on the streets, and villagers seeking shelter in buildings, according to the newspaper.

One former Air Force intelligence officer who worked on hundreds of classified Talon Anvil missions from 2016 to 2018 said that the US unit “made a lot of bad strikes.”

Last month, the New York Times reported that a Special Operations bombing run in 2019 killed dozens of women and children, but the aftermath was concealed from both the public and top military leaders.