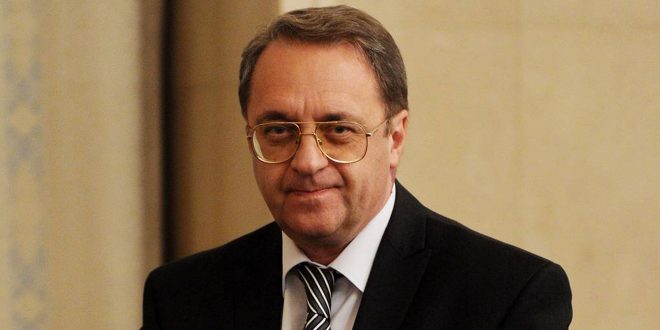 Moscow, SANA –Special Representative of Russian President for the Middle East and Africa, Deputy Foreign Minister Mikhail Bogdanov said that security and combating terrorism will be on  the top of agenda of the international meeting within Astana format on Syria in the Kazakh capital, Nur-Sultan.

Bogdanov told reporters  on Tuesday that security issues and counter-terrorism will top the agenda, adding that the meeting will focus on analyzing “how to implement the cessation of hostilities in Syria, particularly in Idleb and the surrounding areas.”

The Russian senior diplomat stressed that the talks will also discuss humanitarian issues and the problem of Syrian refugees, noting that an expanded agenda has been planned for talks within Astana format.