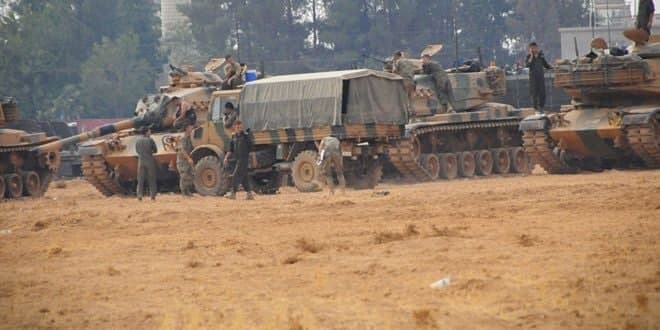 Idleb, SANA- Over the last hours, the Turkish regime forces have brought in a new convoy of tens vehicles to back their terrorist groups in Jabal al-Zawyia area, Idleb countryside.

The Turkish occupation troops have brought in new batch of trucks loaded with logistic equipment, ammunition, weapons and cement blocks through Bab al-Hawa border crossing with Turkey to its terrorist mercenaries in Jabal al-Zawyia area and its vicinity in Idleb southern countryside, local sources told SANA.

The sources added that these reinforcements included qualitative weapons to use them in attacking the Syrian Arab Army points and the safe villages and towns in the countryside of Idleb, Hama and Lattakia.