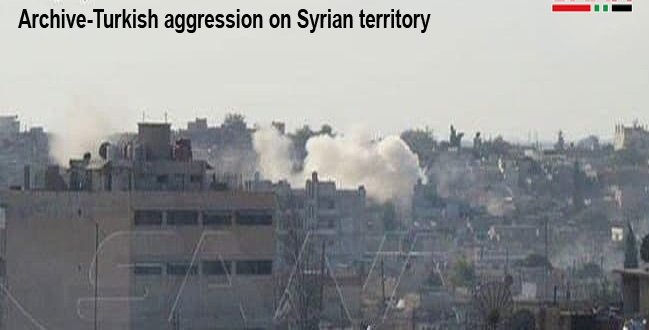 Raqqa, SANA- Turkish occupation and its terrorist mercenaries have launched an artillery attack on the vicinity of Ayn Issa town in Raqqa northern countryside and the M4 highway.

Over the past hours, the Turkish occupation troops and their mercenaries of terrorist groups have launched an attack with heavy artillery on the vicinity of Ayn Issa town, northeast of Raqqa and the /M4/ Aleppo- Hasaka highway, local sources told SANA.

The attack caused damage to the public and private property and the agricultural lands, according to the sources.

On Saturday, Turkish occupation and its mercenaries attacked with several mortar and missile shells a number of villages north of Aleppo, causing material damage to the public and property.