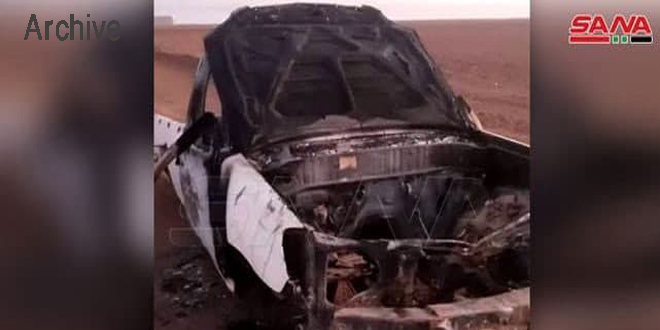 Deir Ezzor, SANA- An explosive device exploded in a military vehicle affiliated to the US occupation-backed QSD militia in Hajin city, east of Deir Ezzor, killing and injuring all on board.

Local sources told SANA reporter that an explosive device planted by members of the popular factions exploded while a car, carrying QSD militia gunmen, was passing by in Hajin city, Deir Ezzor eastern countryside. The explosion killed and injured all on board, according to the sources.

On November 9th, the popular factions targeted two positions to QSD militia in the towns of Zubian and al-Shuhail in Deir Ezzor eastern countryside, causing the injury of several gunmen and damages to the two positions.