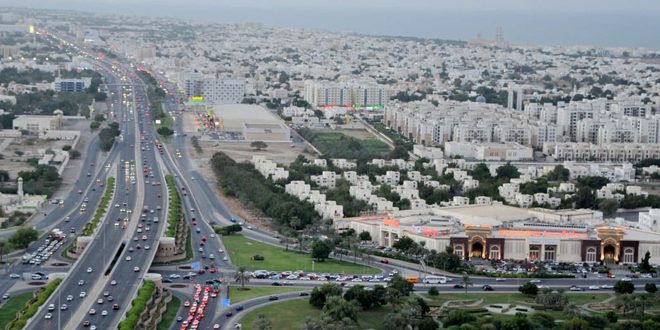 Damascus, SANA- Sultanate of Oman marks Thursday the 51st National Day, the 18th of November Anniversary, keeping firm principles of its foreign policy which are based on giving priority to dialogue, adhering to the principle of respecting the states’ sovereignty and non-interfering in their affairs.

The Syrian-Omani relations are based on mutual respect and giving priority to the interests of the two brotherly people and countries which was enhanced by the two countries’ desire to strengthen ties of cooperation in various economic, trade, and cultural domains.

While, the two visits of President Bashar al-Assad to Muscat in 2001 and 2009, contributed to deepening those relations.

The two countries stressed their keenness on enhancing relations and expressed joint interests in restoring security and stability to the region as well as giving the track of the political solution success in Syria.

The cultural relations between the two countries are witnessing top priority as the National Museum in Damascus hosted on the 1st of the current month various cultural activities under the title “Omani Day in Damascus”, which was held in cooperation with the Omani National Museum and lasts for six months. The exhibition showcases Omani artifacts and finds dating back to the Magan civilization in the Bronze Age and flourished in the third millennium BC.

The economic relations also have witnessed a remarkable development which was reflected in reviving the Syrian-Omani Joint Committee and signing a number of agreements on expanding fields of economic and trade cooperation between the two countries. The Omani Sultan Haitham bin Tarik has endorsed the launch of the future vision “Oman 2040”. The blueprint for the economic and social development of the Sultanate will be applied from the beginning of 2021 until 2040. Vision 2040 is the result of a national consensus reached by discussion and consultation among all parts of society.

The 2040 vision aims to ensure Oman is among the ranks of the world’s most developed nations assuring sustained prosperity and security for all. It sets out a vision for the transition of Oman from an oil-based economy towards a more diverse knowledge-based one.