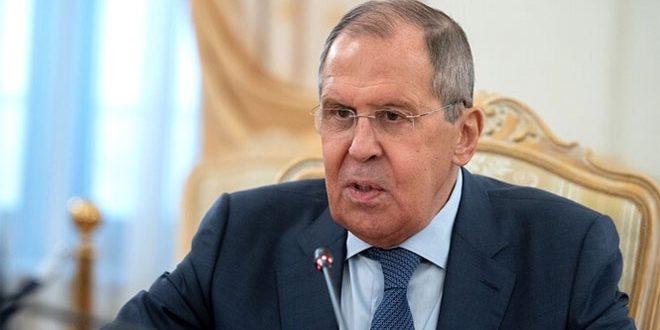 Moscow, SANA- Russian Foreign Minister Sergey Lavrov stressed that Western countries impede efforts exerted for return of the Syrians who left their homes due to terrorism, calling upon these countries to stop their activities in hindering the requirements of the UN resolution in terms of finding appropriate circumstancesfor their return.

Lavrov told reporters on Tuesday that Western countries are obliged to stop subversive acts aiming at hindering efforts exerted for the return of the displaced Syrians to their country, stressing the need to adhere to the resolution.

Lavrov noted that Western countries are not concerned with constructing an infrastructure for the return of the displaced to their homeland, but collect money only to keep them in the countries to which they left in the first years of the crisis.

He called upon the Western countries to lift the unilateral coercive measures imposed on Syria and respect the sovereignty and territorial integrity of its lands. 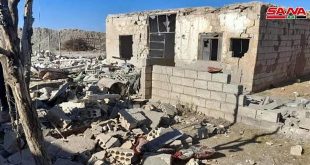