Palestinian delegation in Golan: We stand by Syria in the face of Israeli occupation 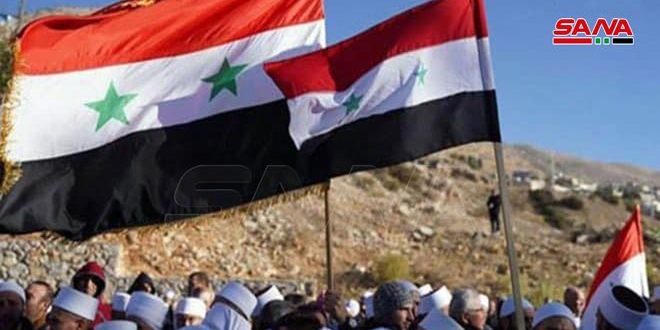 During their meeting with a number of national figures in the village of Bakaata, members of the delegation, headed by the Secretary of the Central Committee of Fatah Movement, Jibril Rajoub, stressed the stance of the Palestinians regarding the plot being hatched against Syria and the support it has provided to the Palestinian cause over many decades.

For his part, Palestinian Information Minister Ahmed Assaf said, “When I visit the Golan, I see the depth of the patriotism of the people, their belonging to the land, which is affirmed day after day.”

In turn, the national figures in Golan underlined the stance of Golan people and Syria regarding the Palestinian cause and the solidarity between the Syrian and Palestinian peoples.