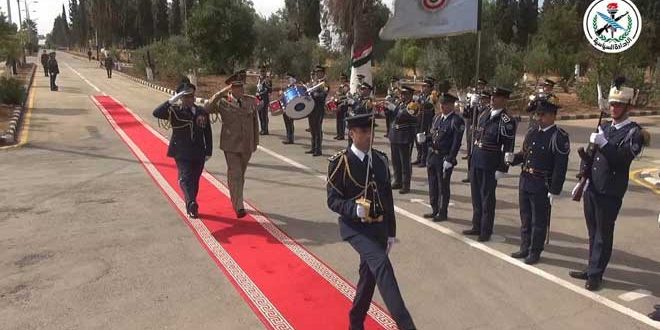 Aleppo, SANA- Under the patronage of President Bashar al-Assad, Commander-in-Chief of the Army and Armed Forces, and on the occasion of the 75th anniversary of the Air Defense and Air Forces Day, a graduation ceremony was held on Saturday for a new batch of Military Air academy cadets.

The Major General, representative of President Bashar al-Assad, delivered a speech in which he conveyed President al-Assad’s congratulations and wishes to the graduates to success in performing their noble national tasks that await them alongside the Syrian Arab army.

He added “We were able to stand in the face of the global and regional forces of terrorism, which were unable to achieve their aggressive goals”.