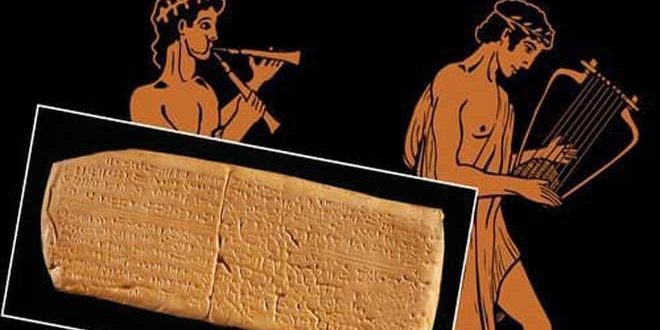 Several clay tablets from the 14th century were unearthed in the ancient Syrian city of Ugarit (Ras Shamra), the Amorite Canaanite city in the coastal province of Lattakia , which contained cuneiform signs in the Hurrian language which turned out to be the oldest known piece of music ever discovered, a 3,500 year-old cult hymn. On the historical value of the Hymn, Archaeologist and specialist in Ugaritic antiquities Ghassan al-Qayyim told SANA in a statement that this piece of music is considered as the oldest integrated musical work in the world, asserting that it was engraved on clay tablets that contained all the words of the hymn of goddess of the orchards Nikkal.

Ugarit had not only presented the oldest musical note to the world, according to al-Qayyim, but it presented 36 clay tablets which were unearthed in 1957 in the city,  which contradicts the views  saying that the Greek mathematician Pythagoras was the discoverer of music since he used Ugaritic notes.

We owe to the Syrian scientist Raoul Vitali (1928-2003) who set the degrees of the musical scale after presenting a complete reading of the discovered musical note, al-Qayyim pointed out. The hymn narrates the story of a young woman, called Nikkal who   was unable to give birth of children and she thought that the reason behind her inability to give birth was a sin that she has committed. 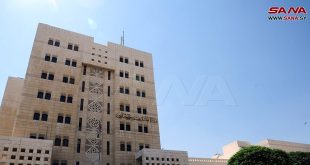