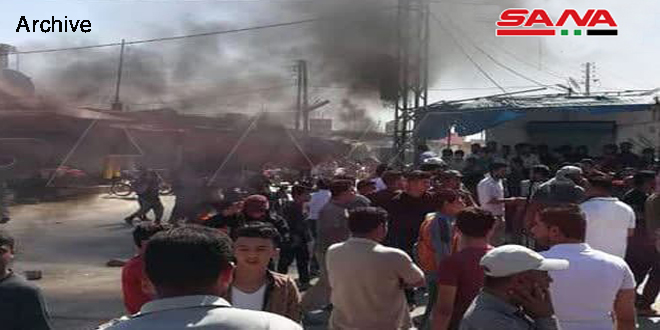 Raqqa, SANA– As part of its continuous crimes against the locals in the areas it controls, the US occupation-backed QSD militia has kidnapped a number of civilians in Raqqa City.

Local sources told SANA that groups of QSD militia set up checkpoints at the western entrance to the city of Raqqa and kidnapped three civilians and took them to an unknown destination.

On Saturday, the QSD militia, with the support of the American occupation forces, raided the city of al-Shadadi in Hasaka southern countryside and kidnapped a number of civilians and took them to an unknown destination.