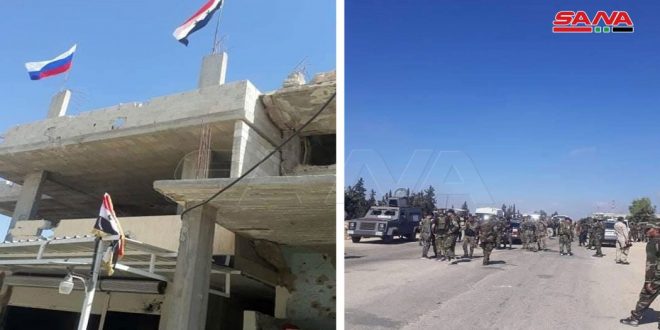 SANA reporter in Daraa province said that the Army personnel continue combing operations in the neighborhood.

The reporter added that the locals of the Daraa al-Balad neighborhood gathered at the entrance of the neighborhood waiting to return home after the exit of the terrorists, and redeployment of the army units, and raising the national flag.