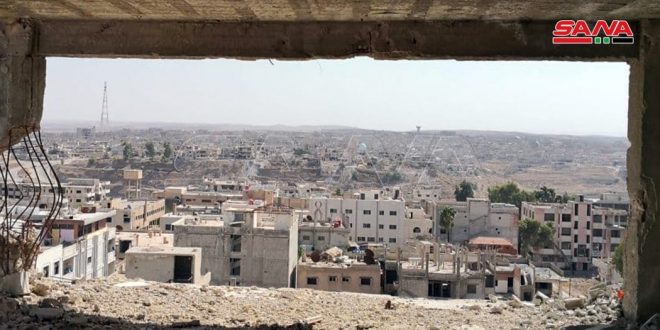 Daraa, SANA-Four Syrian army soldiers were martyred and 15 others were injured as terrorists targeted checkpoints of the Syrian Arab Army in Daraa, and a girl and her mother were injured as a result of the terrorist attacks that also targeted residential neighborhoods.

SANA reporter said that terrorist groups targeted on Monday residential neighborhoods and army checkpoints in Daraa, claiming the lives of four soldiers and the injury of fifteen others, as well as the injury of a child and her mother.

The reporter added that the army responded to the terrorists’ attacks immediately, targeting missile launchers in several areas.