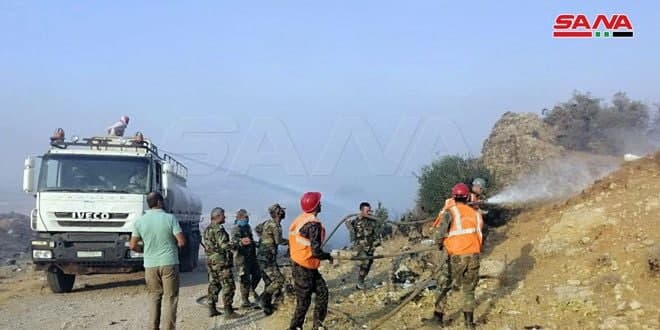 Hama, SANA-Terrorist organizations, deployed in the countryside of Idleb, attacked with rocket shells the town of Jurin in Hama countryside, causing fire to erupt in the forests of Jurin Mount in the town surroundings.

SANA reporter said that rocket shells launched by terrorists fell on Saturday in the surrounding of Jurin town from the northwestern side, causing fires to erupt in the forests of Jurin Mount, northwest of Hama.