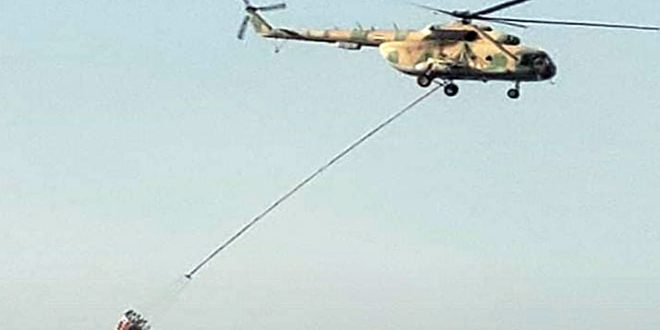 Homs, SANA- Fire brigades in Homs governorate, supported by members of the Syrian Arab Army, put out a fire that erupted on Thursday evening from the Lebanese territory towards the outskirts of Akkum village in al-Qusayr area in Homs southwestern countryside.

In a statement to SANA reporter, Civil Defense Director Maj. Gen. Saeed al-Awad pointed out that a fire has been completely extinguished and cooling operations are currently taking place, noting that the fire engines are working to establish a separation line of fire on the Syrian-Lebanese border.