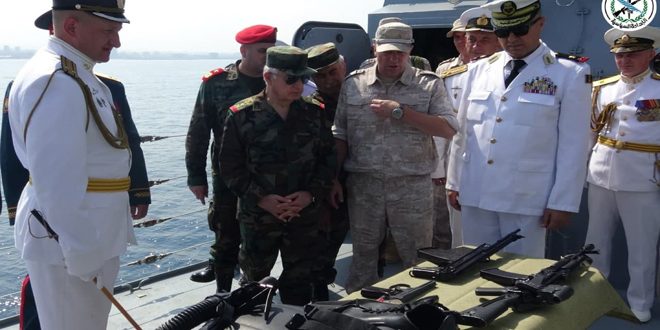 Tartous,SANA-The Command of Russian forces operating in Syria on Sunday held an official ceremony at Tartous beach on occasion of Russian Navy Day. The celebration included a parade that imitates real combatant acts with participation of Russian frigate ,Admiral Makarov, modern warships ,some submarines affiliated to the Russian Navy and military aviation with all its forms in addition to hovercrafts of the marine combat , along with the participation of some Syrian Naval units.

At the end of the celebration, the Russian fighters and hovercrafts carried out a parade carrying the Syrian and Russian flags.