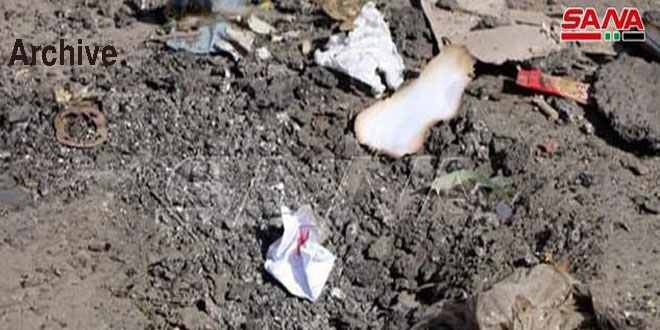 Local sources told SANA that an explosive device exploded near a residential building in al-Nahda neighborhood in Raqqa city, injuring three civilians, including a child, and causing material damage to property in the vicinity of the explosion.

The areas where QSD militia’s spread are witnessing a security chaos which reflects the militia’s weakness and inability to protect civilians, as theft and armed robbery have spread in a way that threatens the safety of society, while this militia carries out raid campaigns of homes, kidnapping young people to forcibly recruit them in the QSD ranks.