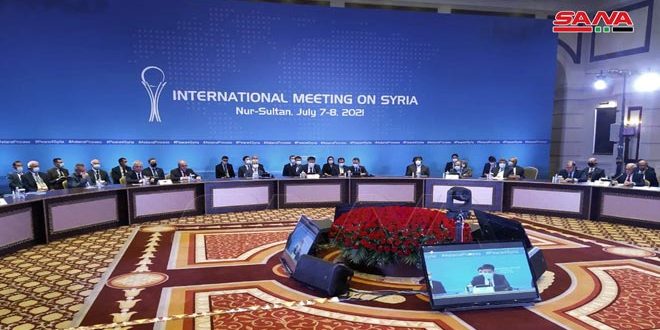 The statement stressed that the Guarantor states confirmed their commitment to moving the political process, led and owned by the Syrians and facilitated by the UN, according to the UN international council’s resolution no. 2254.

The statement stressed rejection to any foreign interference or any artificial timetables for the Committee of Discussing the Constitution in Geneva, asserting the need of supporting it to guarantee its work in a sustainable and effective way.

The statement expressed rejection of all unilateral coercive measures imposed on Syria which contradict with the International law, international humanitarian law and UN charter, especially in light of coronavirus outbreak.

The statement underlined the necessity to provide the humanitarian assistance for all Syrians around the country without neither discrimination nor politicization or preconditions.

It called on the international community to facilitate the return of the Syrian displaced and refugees to their homeland, in addition to providing the necessary assistance for this issue.

The statement concluded by saying that the seventeenth international meeting on Syria in Astana Format will be held in Nur Sultan before the end of 2021, taking into consideration the outbreak of coronavirus pandemic. 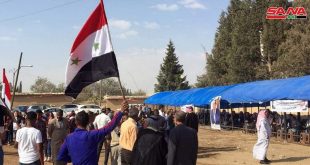