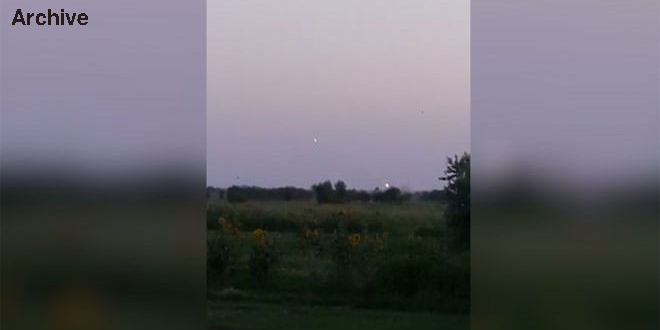 Deir Ezzor, SANA- The US occupation military base at al-Omar oil field in Deir Ezzor eastern countryside was targeted on Sunday evening with a missile attack for the second time in less than a week.

The sources pointed out that the US occupation forces closed the area that was targeted by the attack, and it was not known whether the attack caused injuries or deaths among the occupation troops, amid intense hovering of the occupation aircrafts in the airspace of the area.

The aforementioned US occupation base was targeted on June 28th with a missile attack.

The US occupation has established bases for its occupying forces in several areas of the Syrian al-Jazeera region, especially in the oil fields, to steal and loot them with their mercenaries of the QSD militia, which commits brutal crimes against citizens.