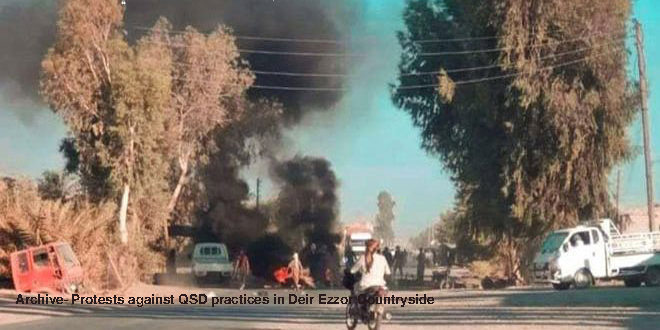 Deir Ezzor, SANA- One of the militants of the US occupation-backed QSD militia was shot dead in an attack on one of the militia’s cars in Sweidan al-Jazeera village in Deir Ezzor eastern countryside.

Local sources told SANA that a QSD militant was killed in an attack launched by the popular factions with machine guns on a car he was driving in Sweidan al-Jazeera village which is affiliated to Ziban township in Deir Ezzor eastern countryside.

The attacks continue against QSD militants who are affiliated with the US scheme in the Syrian al-Jazeera region in retaliation to the escalation of the militia’s attacks on the civilians.