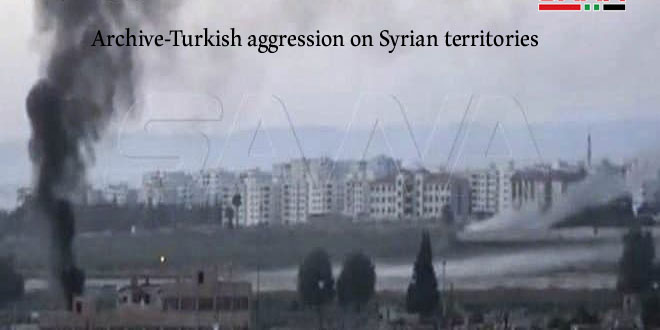 Raqqa, SANA- Turkish occupation forces and their terrorist organizations renewed aggression on villages in the vicinity of cities of Ayn Issa and Tal Abyad in Raqqa countryside which come from their areas of deployment in villages on the border strip with Turkey.

A reporter that “Turkish occupation forces targeted, with heavy artillery, houses in the village of Kor Hassan, west of Tal Abyad, in the northern countryside of Raqqa, causing destruction to the homes and properties of a number of citizens.

The sources pointed out that a number of artillery shells were fired by the Turkish occupation mercenaries on the village of al-Mablujah and Qazali silos northwest of Ain Issa, which caused the destruction of a number of residential houses and properties, without any reports about causalities .