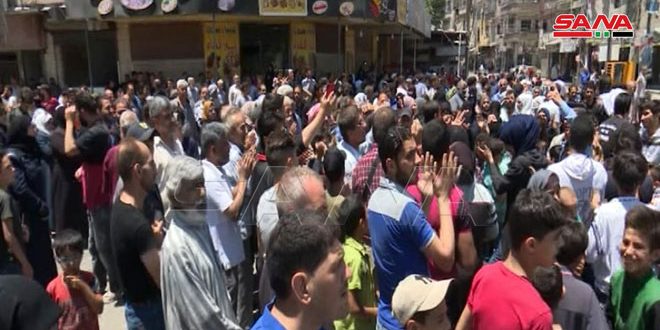 Damascus Countryside, SANA- In the framework of national reconciliation process, 32 prisoners from Kafar Batnah area in Eastern Ghouta , whose hands haven not stained with blood of the Syrians.,have been released.

SANA reporter said that the released prisoners were received by a number of dignitaries, clergymen and family members who gathered in Kafar Batnah square amid a good reception of this initiative.

On the 5th of June , 26 prisoners from Douma city in Damascus countryside had been released.