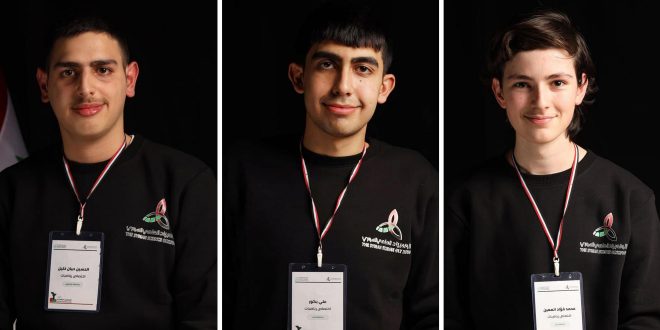 Damascus, SANA – Syrian Scientific Olympiad team gained two bronze medals and a certificate of appreciation in the 2021 Asian Math Olympiad, which was organized by Indonesia remotely on March 9th and its results were announced today.

Distinction and Creativity Agency said in a statement that the two medals were won by students Al-Hussein Khalil from Tartous and Ali Bakour from Aleppo, while student Muhammad Fouad Al-Maeen from Aleppo received a certificate of appreciation.

This is the 11th participation of the students of the Syrian Scientific Olympiad in the Asian Mathematical Olympiad, in which elite of the strongest countries compete.