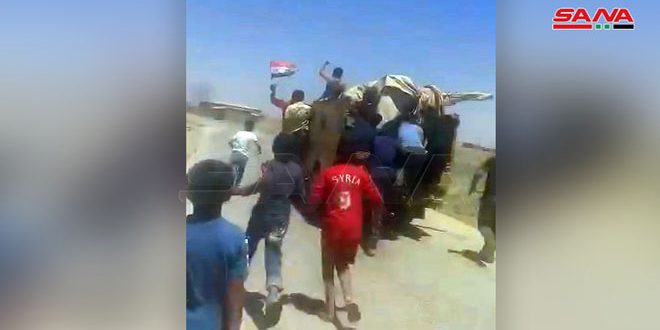 SANA reporter in Qamishli said that the locals of Farfara village intercepted a US convoy consisting of four armored vehicles, accompanied by a car of QSD militia and threw it stones while the convoy was trying to pass near their village, causing material damage to a number of vehicles.