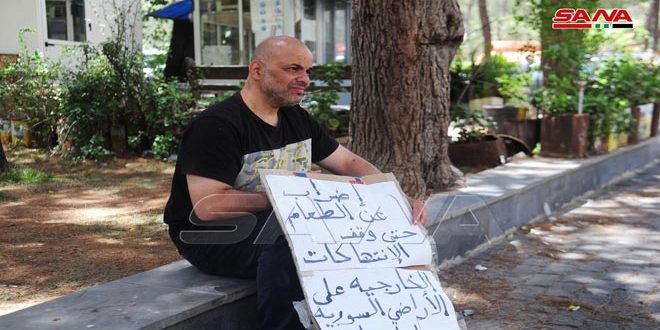 The step comes in protest against the US and Turkish continued occupation of Syrian territory and looting the natural resources.

Jibril said in a statement to SANA reporter that his several-day hunger strike comes in rejection of the US and Turkish occupation of Syrian lands and in protest against the theft of natural resources.

“Syria has suffered for ten years from grave Western violations of Syrian sovereignty and flagrant aggressions on its lands that  aimed at targeting resilience of the Syrian people,” Jibril added.