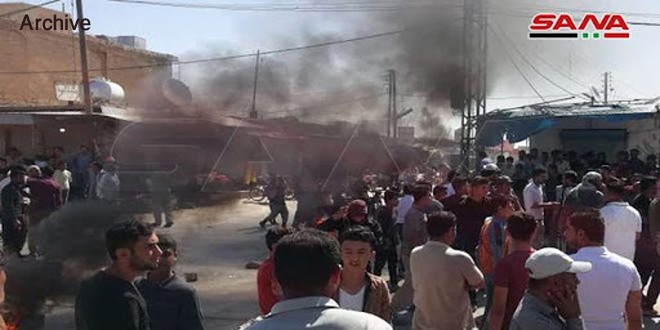 Hasaka, SANA- A militant of the US occupation-backed QSD militia was killed in an attack launched by the popular factions on a checkpoint for the militia in al-Houl town in Hasaka eastern countryside.

local sources told SANA reporter that two persons on a motorcycle opened fire on a checkpoint for the militia in al-Houl town, killing one of its militants.

The attacks against QSD militia have been escalating in the areas of their deployment in the Syrian al-Jazeera region, amid increasing popular rejection of the militia that is linked to the American schemes, and these attacks come in response to the militia’s continued hostile practices against the locals such as kidnapping young men, confiscating property and homes and stealing the region’s resources and selling them outside the country.