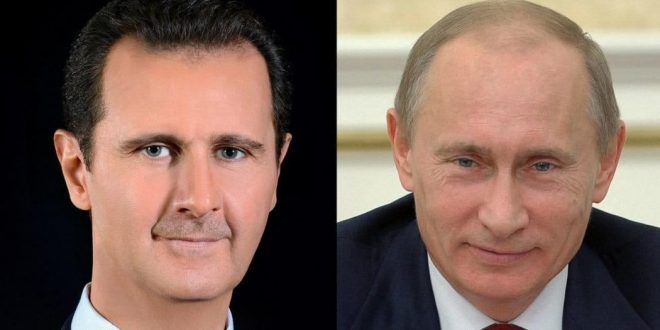 Damascus, SANA – President Bashar al-Assad received on Friday a cable of congratulation from President of Russia, Vladimir Putin, in which he congratulated him on his re-election as President of the Syrian Arab Republic.

President Putin stressed that the results of election affirm Syrians’ confidence in the leadership of President al-Assad and their support to it in order to restore stability to the Syrian lands as soon as possible and boost the state institutions.

President Putin stressed that Russia will continue its comprehensive support to Syria in combating terrorism and extremism ,in addition to pushing forward the political settlement process to the crisis in the country and the reconstruction of what has been destroyed by terrorism.