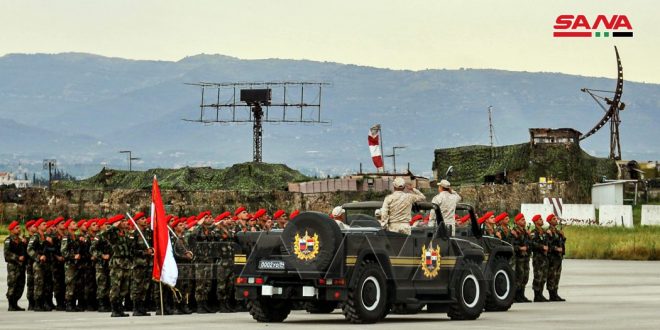 Lattakia, SANA – A central celebration was held on Sunday at the Russian military base in Hmeimim marking the 76th anniversary of the victory over Nazism in the 1941-1945 Great Patriotic War. He stressed that the Syrian people highly appreciate the support provided by the Russian forces in the face of terrorism, pointing out to deep-rooted relations binding the Syrian and Russian armies.

Commander of the Russian forces operating in Syria, Gen Alexander Chayko said that the Russian officers and soldiers stand by the Syrian Arab Army in the face of international terrorism until security and stability are restored to all Syrian territory. The celebration included a military parade, during which Syrian and Russian military units participated in it, as well as an air parade.

A number of senior officers of the General Command of the Army and the Armed Forces, and Syrian and Russian popular and official figures attended the celebration. 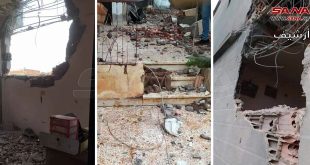