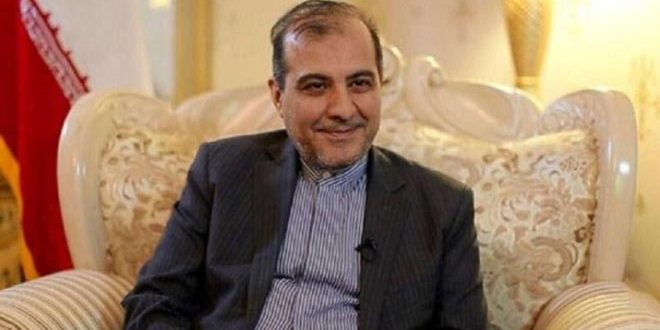 During a meeting on Wednesday, Khaji said that Iran supports Pedersen’s efforts to continue the debates of the Committee of Discussing the Constitution in Syria and the next meeting of the committee, indication to the importance of respecting the country’s constitution and holding the presidential election according to it.

Pederson, in turn, expressed his relief for Iran’s support in this regard, asserting that he holds talks with the Syrian parties in preparation for the six meeting of the committee and for holding it, and that he will continue his consultations with the influential and important parties, particularly Iran.