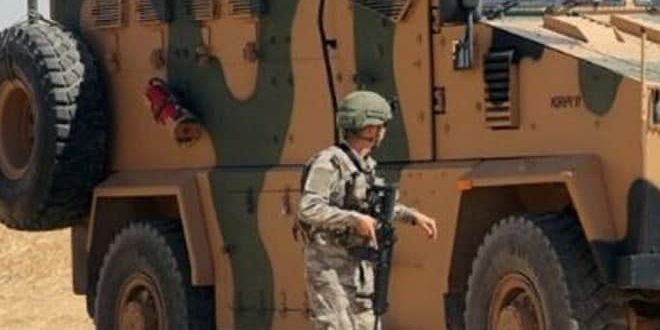 Aleppo, SANA- Two soldiers of Turkish occupation were killed in an explosion at one of their checkpoints in occupied Afrin city in Aleppo northern countryside.

In a statement to Anadolu News Agency, Turkish regime Defense Ministry said that the two soldiers were killed on Wednesday in an explosion took place in one of their checkpoints in Afrin city which the Turkish regime and its mercenaries of terrorist organizations have occupied.

The Turkish regime and its mercenaries’ positions and sites, in the areas they have occupied in Aleppo northern countryside witness escalating attacks with explosive devices, car bombs and landmines, causing death and injury of a number of the occupation’s soldiers and mercenaries.