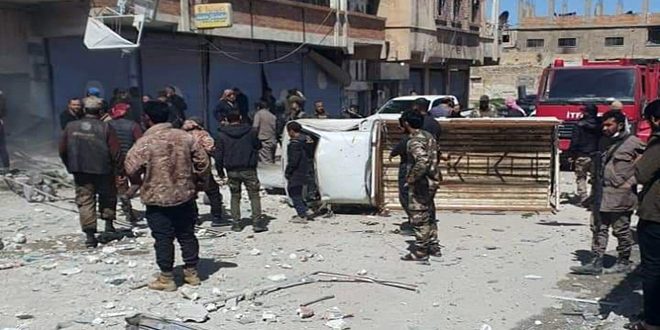 Hasaka, SANA-A number of civilians were injured in the blast of an explosive device planted in a car in Ras al-Ayn City in Hasaka northwestern countryside, where terrorist groups affiliated with the Turkish regime spread.

Local sources told SANA reporter that an explosive device planted in a car went off on Monday in the main street next to a cafe in Ras al-Ayn city, causing injuries to a number of civilians and material damage to the local’s properties.