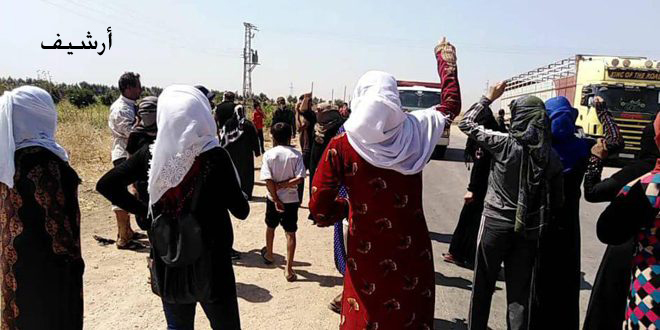 Raqqa, SANA- US occupation-backed QSD militia kidnapped a number of civilians, among them two women, In Raqqa western countryside.

Local sources told SANA that an armed group affiliated to QSD militia on Thursday carried out storming campaigns into the civilians houses in the villages of al-Sweidiyeh and al-Jurniyeh, in al-Tabqa areas in Raqqa western countryside and kidnapped five youths and two women and led them to unknown destination.

The sources added that the kidnapped persons have left al-Hawl camp few days ago.

On Wednesday, an armed group affiliated to the militia broke into al-Nashwa al-Gharbiya neighborhood in Hasaka city, kidnapped a number of youths and took them by force to its camps.