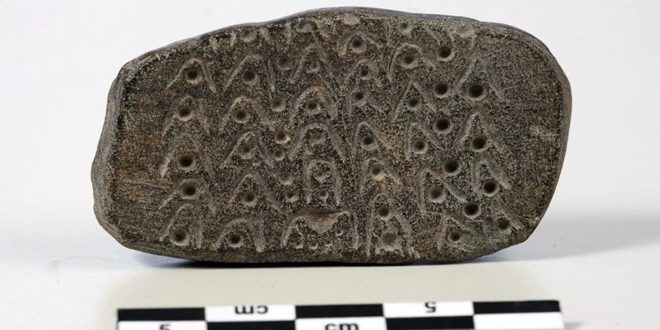 Damascus, SANA-A small basalt painting with a polished surface dating back to the Neolithic age is showcased at the Prehistoric Syrian Archeological Antiquities Department at Damascus National Museum.

The painting was found at al-Jirf al-Hmar “Red Cliff” site on the Euphrates River in Aleppo Province, and it dates back to 9200 to 8800 A.D.

On the front surface of the painting, one can see an inscription of an owl catching an insect in its feet, while the other surface contains drawings that represent bull heads. According to archeologists, this painting is one of the most important paintings as it represents the beginning of the counting by the ancient Syrian human.

The site is considered as clear evidence on that Syria is one of the few regions in the world that witnessed the early Neolithic revolution and the emergence of agricultural villages. 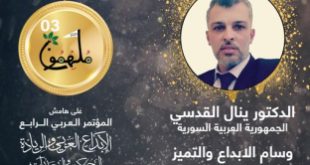 Syrian researcher gains Medal of Creativity and Excellence in UAE