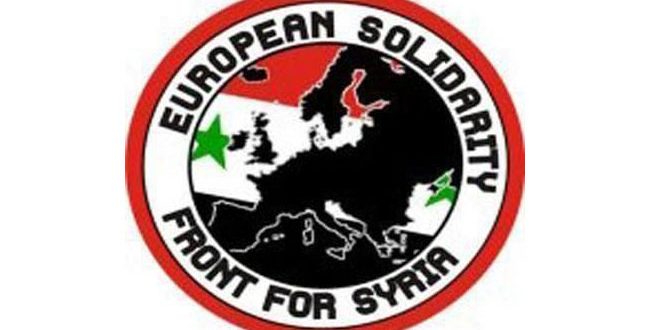 The Front, in a statement, called for committing to international legislations and stop the US and Israeli support for terrorist organizations and armed militias that carry out criminal acts and violate sovereignty in the northern parts of Syria.

It condemned the blockade and the Western coercive measures that came within the framework of a terrorist plot against Syria, which used terrorist organizations and mercenaries for more than 10 years.

The front pointed out that those measures hinder the Syrian government’s efforts in securing and importing the basic and essential needs of medicines and medical materials.

It also condemned the Turkish forces’ infiltration and occupation of some parts of the Syrian territories with support of the “NATO”and Western countries.

2021-02-14
Mhamad
Share
Previous Prime Minister: Government to complete return of citizens to their cities liberated from terrorism
Next Popular gatherings in Hasaka, Qamishli in support for presidential elections, Syria’s sovereignty