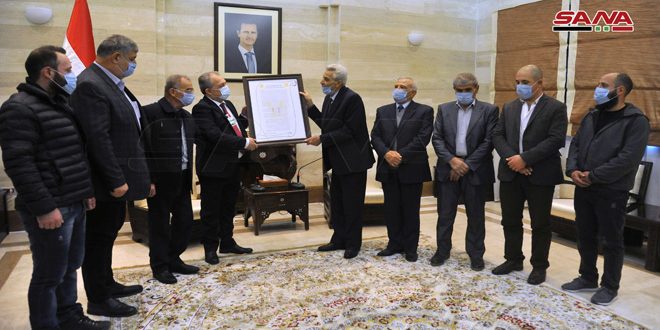 Arnous received from members of the delegation a national document affirming determination to go ahead in resistance and struggle until liberating the land from the Zionist occupation and adhering to the national stance and identity.

He affirmed that the resilience of Syrian citizens of Golan have foiled the terrorist war on Syria.

Prime minister added that the Syrian government is determined to repatriate the displaced citizens, because of the occupation, to their villages and towns after providing them with basic needs.

For their part, members of the delegation reiterated their resistance against the occupation and adherence to the Syrian identity, adding that they were charged by Syrian Golan citizens to convey greetings to President Bashar al-Assad.