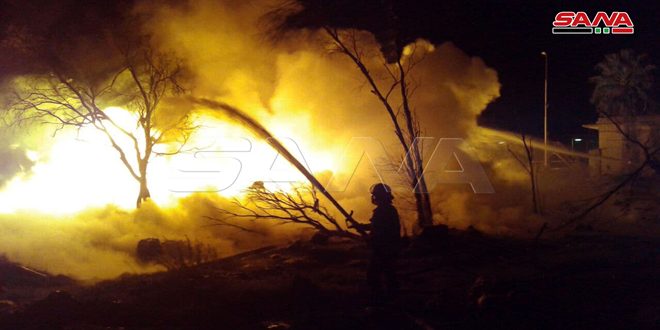 Homs, SANA-Members of the Fire Brigade and Civil Defense in Homs put out on Tuesday evening a huge fire that erupted in a tanker explosion at the Syrian Company for Transporting Crude Oil in Homs province and the damages were limited to materials .

SANA reporter pointed out that the explosion took place inside the company while at  the emptying tanks while fuel tanks, loaded with crude oil were being emptied, causing the fire that extended over a large area.

The firefighting and civil defense teams rushed to the place of the fire and dealt with it with all their capacities to control it, and within a short period, the fires were cordoned off and extinguished.

Minister of Petroleum and Mineral Resources , Bassam Touma, told SANA that the losses were limited to a number of tanks that transport oil after armed terrorist groups sabotaged the oil pipelines network previously, which obliged the company to use tanks to secure the work process of Homs refinery. 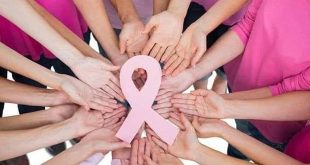 Damascus, SANA- In a global effort to raise awareness on breast cancer, October has been …