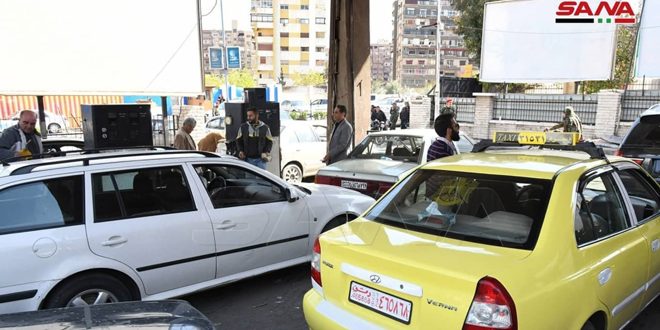 Damascus, SANA- Ministry of Petroleum and Mineral Resources announced Thursday that additional quantities of gasoline and oil derivations started to be pumped to the provinces as Banias refinery has returned to work following arrival of crude oil shipments.

General Director of the Syrian Company for the Storage and Distribution of Petroleum Products ( SADCOP) Ahmad al-Shammat told SANA in a statement that the company started on Thursday morning to increase the quantities of the oil derivations in the fuel stations in Damascus and its countryside, adding that pumping oil to the other provinces will be gradually increased.

Al-Shammat pointed out that the increase in the pumped quantities will lead to gradual decrease of the congestion at the fuel stations.