A camp for displaced Syrians in Lebanon burnt, hundreds of them displaced 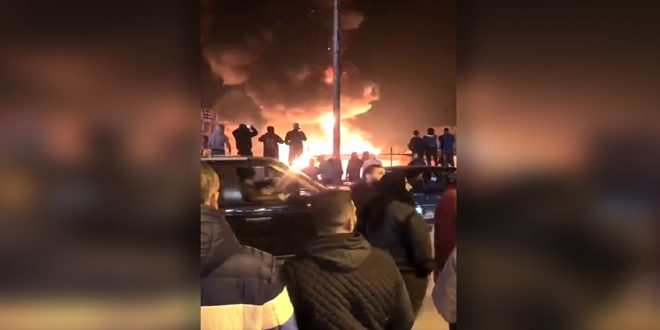 Beirut, SANA- A number of Lebanese people set fire to a camp for the displaced Syrians, containing about 100 tents, in the town of Miniyeh in Akkar region, northern Lebanon, yesterday evening, which led to a huge material damage and the displacement of hundreds of displaced people from their tents.

The Lebanese National News Agency reported that a problem occurred between a person from Miniyeh and some Syrian workers, which led to a quarrel that resulted in the injury of three persons, and a group of youths subsequently set fire to a number of tents for the displaced Syrians.

The Lebanese Civil Defense force worked to control the blaze while the Lebanese army and police were deployed to restore calm.

In a televised interview, North Lebanon Governor Ramzi Nohra, strongly condemned the fire, noting that the camp is under periodic monitoring by the Lebanese army and UN organizations.

Nohra indicated that that the number of tents that were burned exceeded 100, and that between 500 and 700 people in the camp had to leave the camp after their tents had been burnt.

A camp for displaced Syrians in Lebanon burnt hundreds of them displaced 2020-12-27
ruaa-jazaeri
Share
Previous Pregnant woman, paramedic injured in Israeli attack on medical complex in Ramallah
Next Damascus Orchestra celebrates Christmas nights with an evening concert at al-Hamra Theater 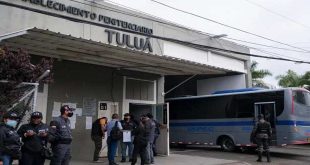