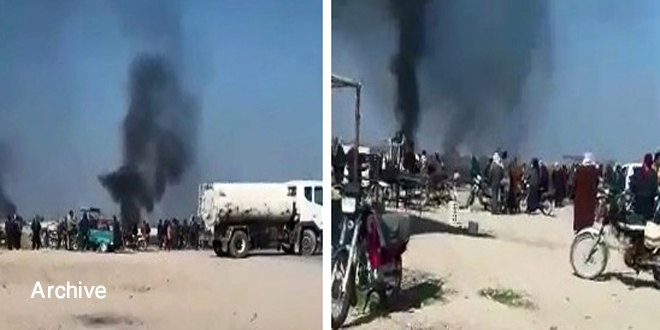 Hasaka, SANA – The attacks against US occupation-backed QSD militia continued in Syrian al-Jazira region, where one militant was killed due to opening fire on him by unknown persons in south of Hasaka.

Local sources told SANA reporter that unidentified persons on Friday targeted one of QSD militants while he was passing in al-Khurafy road in south of Hasaka city by firing bullets on him which led to killing him immediately.

On Thursday, a number of QSD militants, supported by the American occupation forces, were injured due to attacks launched by armed men on one of their checkpoints and a vehicle affiliated to them in al-Basira city al-Shuhail town in Deir Ezzor eastern countryside.