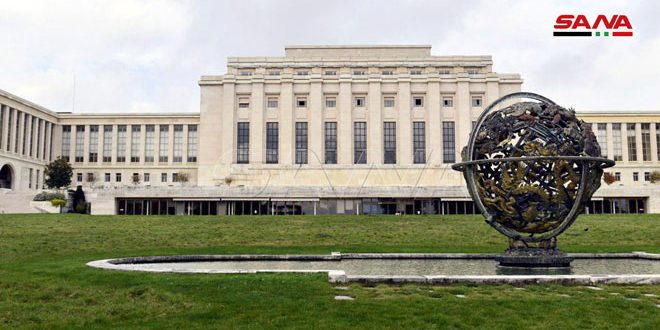 Geneva, SANA- Meetings of the 4th round of the Mini-Committee of Discussing the Constitution have started at the UN headquarters in Geneva with the participation of the national delegation and other delegations.

In a press conference on Sunday, UN Special Envoy for Syria Geir Pedersen announced that after discussions and meetings with the participating delegations and with the Swiss authorities, including the health ones, we have become able to start the meeting today.

The third round of the Mini-Committee was held at the UN headquarters in Geneva last August and it was within an agenda titled “Basic National Principles”.

Meanwhile, the first and second rounds were held at the UN headquarters during the month of November of last year.

Fourth Round of Mini-Committee of Discussing Constitution starts meetings in Geneva 2020-11-30
ruaa-jazaeri
Share
Previous Cold weather at night, showers expected in northwestern, coastal regions
Next Wheat and barley cultivated over more than 742 thousand hectares in Hasaka