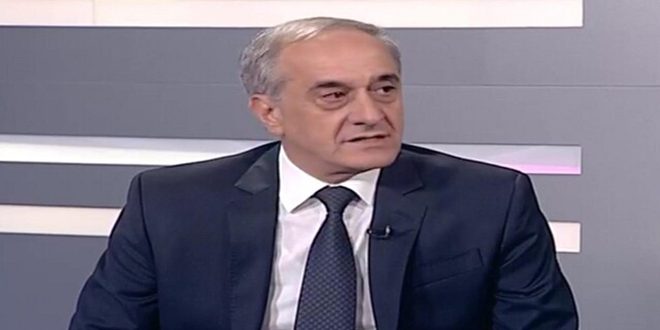 Damascus, SANA- Assistant Foreign and Expatriates Minister, Dr. Ayman Sousan affirmed that the Syrian state exerts all possible efforts for facilitating the return of the displaced and the refugees to their country after preparing the appropriate conditions for that.

Interviewed by the Syrian T.V. last night, Sousan noted that the Syrian Government has called on all the displaced without exception to return to Syria, renewing the call on the refugees abroad to return to their homeland and to contribute to the reconstruction of what have been destroyed at the hands of terrorists.

Sousan affirmed that no one is more keen on the Syrians than their homeland, adding that the International Conference on Refugees Return constitutes the first bedrock for the return of all the displaced and for providing a decent livelihood for them.

He indicated that the conference comes in the framework of the continuation of the Syrian policy which aims to achieve the return of the displaced and the refugees and to shed light on their humanitarian and national issue, in addition to putting an end to their suffering abroad.

Sousan added that the conference, which will be held next Wednesday, conveys a message to the international community which calls for stopping to hinder the return of the displaced and for stopping to politicize their humanitarian conditions.

The Assistant Foreign and Expatriates Minister asserted that this issue is condemned and must stop, calling for lifting the unilateral coercive measures imposed on the Syrian people and stopping the economic terrorism practiced against Syria by the US and its allies.

He pointed out that an invitation has been sent to all the countries to participate in the conference, except Turkey, taking into consideration that “It is not possible to hope for any positive matter from Erdogan’s regime, the first supporter of terrorist organizations in Syria.” He added that some countries have been under pressure to discourage them from participating in the conference.

Sousan added that China, Russia, Iran, Lebanon, UAE, Pakistan and Sultanate of Oman are among the states which will participate in the conference, due to be held on Nov. 11-12.

He added that those who adopted non-positive stances towards the conference such as the US and the EU member states have affirmed their exploitation of the Syrians’ suffering abroad with the aim of achieving political agendas, indicating that the UN participates in the conference as a supervisor, “and it should have been more effective.”

Sousan added that the alliance between Syria and Russia and their partnership in the war against terrorism and in the process of supporting the process of stability and the reconstruction in Syria bother the West. 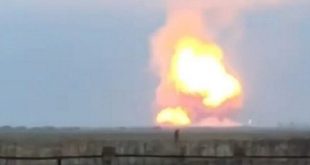