Qarrsa village… opened museum that dates back to Bronze Age 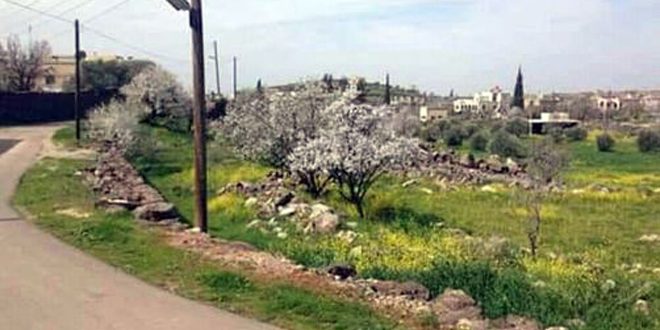 Sweida, SANA-Qarrasa village, located in the northwestern countryside of Sweida province, is rich with its antiquities and monuments that date back to thousands of years, is an opened museum including historical monuments and archaeological finds, some of which date back to the Bronze Age. Head of Sweida Antiquities’ Department, Nasha’at Kewan, said that the region is known with its human settlement on shape of small villages included of eight round houses where the discovered houses indicate to human groups that inhabited the region who were civilized and knew the cultivation of grains and the domestication of cows and goats.

He underlined that a group of beautiful houses have preserved its walls which are still in good status and several of Well-preserved clay pots were discovered.

The works of the excavation and archaeological survey carried out by the joint Syrian-French mission during the years of 2009 and 2010 at the archaeological site of Tal Qarrasa had discovered that the small villages, which were found and date back to about 11 thousand years, constitute  a clear example of the first of urban life models in prehistoric times.