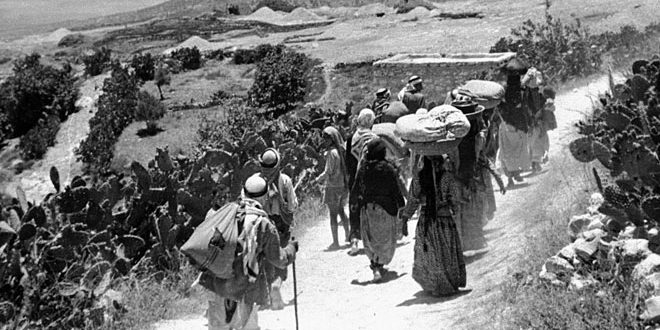 Occupied Jerusalem, SANA-By Tomorrow,103 years will be passed on Britain’s crime represented by Balfour Declaration that had constituted a start for establishing the usurping Zionist Entity on the Arab territories ,and a beginning of its catastrophic impacts consequences , of which paying the price ,till now, by Palestine and region’s peoples at a time the Palestinians are facing enormous challenges that are more dangerous than the declaration itself, on top, the so called Deal of the Century which aims to liquidate the Palestinian Cause.

On Nov 2nd ,1917 ,British Foreign Minister ,at that time, Arther Balfour, addressed a letter to Walter Rothschild , one of the Zionist Movement leaders, by an order of United Kingdom’s Prime Minister at that time, David Lloyd George, with the message talking about to what extent the Zionists are able to achieve Britain’s targets and preserve its interests in the Arab Region ,the issue that constituted one of the most dangerous chapters of the schemes that have been formed ,and still, against the Arab Region with the aim of separating and destroying it along with eliminating all the aspects of the dignified living of its sons in service of the colonial goals and schemes of the Western countries and the usurping Israeli Entity.

Balfour Declaration constituted a dangerous historical precedent and a blatant breach of all international laws and norms by granting Palestine to the Zionist groups along with displacing its original people, in addition to establishing the usurping Israeli entity in 1948 .

The repercussions of this Declaration are still coming in and they are represented today by a Proclamation by US President ,Donald Trump, which announced that Occupied Jerusalem is the capital of the Israeli entity ,in addition to moving US Embassy to it in the middle of 2018 in parallel with the 70th anniversary of the Palestinian Nakba .

All of these were also included within the so called Deal of the Century that was announced at the beginning of this year amid silence of the International Society. However, the Palestinians stress their continuing steadfastness and holding on homeland along with resisting all the occupation schemes till restoring rights completely ,on top, the Palestinian Right of Return home and establishing their sovereign state with Jerusalem as its capital.

In a statement to SANA ,member of the Executive Committee of the Palestine Liberation Organization Wasel Abu Yousef said that Balfour Declaration is one of the biggest crimes being committed against Palestine’s people ,referring that lawsuits are being raised against Britain by Palestinian movements due to its crime that caused displacing the Palestinians.

For his part, Spokesman of Fatah, the Palestinian National Liberation Movement, Osama Qawadri said that the conspiracy is still continued through the schemes of annexation , Judaization and settlement, stressing that the right can’t be prescribed and the Palestinian people will continue the resistance approach till gaining their rights ,on top, the Right to Self-Determination and the Right of Return home according to the resolutions of the International Legitimacy.