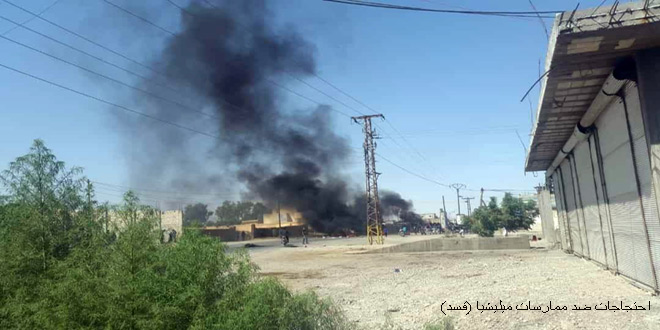 Hasaka, SANA- US occupation backed QSD militia continued its kidnapping operations against the civilians to put pressure on the locals of the Syrian al-Jazeera area as the militia kidnapped on Sunday a number of youths after storming into their houses in al-Nashwa neighborhood in Hasaka city.

Local sources told SANA reporter that armed patrols affiliated to QSD militia stormed into a number of houses at al-Nashwa al-Gharbiya neighborhood, southwest of downtown of Hasaka city and kidnapped three youths for unknown reasons amid a state of discontent among the locals.

On Friday, the militia kidnapped a number of youths in al-Shadadi area in Hasaka southern countryside with the aim of recruiting them to fight in its rank.