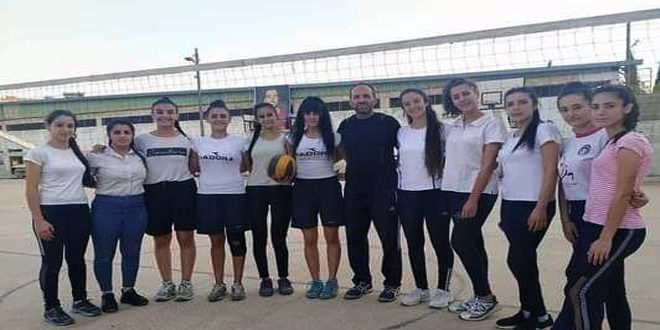 Salamiya team lost in front of Tal Dara 3-1 in the 1st round, while the team beat al-Souda team 3-2, and Deir Ali 3-0.
In the semi-final, Salamiya beat Deir Atiyya team 3-2 to win won the final match 3-1 against its neighbor Tal Dara.

Head of Salamiya Club Safwan Seifo told SANA reporter that the team managed to keep its title for the second year due to the high skill of its players, the experience of its coach and the activity of its cadres.
Hala Zain