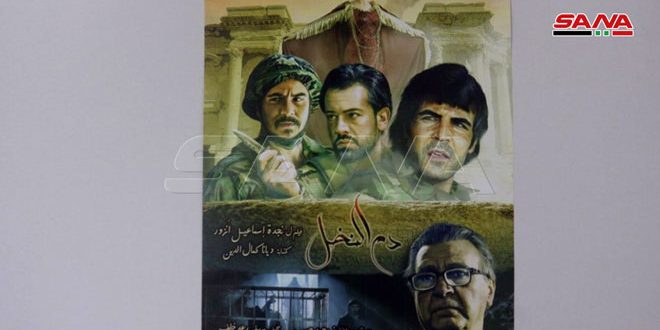 Tehran, SANA- Syria participates in the 16th edition of International Resistance Film Festival with the feature-length film “the Blood of Palm” for director Najdat Ismail Anzour

The Festival, which is held via Internet due to the current situation of the spread of Coronavirus in the countries of the world, aims at highlighting spirit of cinema of resistance and its role in building a cinematic extension and glorifying the sacrifices of the brave resistants in various military, health, intellectual, cultural and political domains.

“The blood Palm” movie, which was produced by the General Establishment of Cinema, narrates the last days of the archeologist Khaled al-Asaad, director of Palmyra Antiquities who was publically beheaded by the terrorists of Daesh (ISIS) because he refused to hand over the maps of the ancient sites in the city.

The film also talks about the life of the ancient city of Palmyra, which suffered from the scourge of war and dsabotage at the hands of Daesh terrorists who attempt to loot its antiquities, in addition to hailing the sacrifices of the Syrian Arab Army in defeating terrorism and those who support it from the city .
Director General of the General Establishment for Cinema Murad Shahin stressed the importance of spreading the culture of resistance, as well as facing all attempts to control the peoples of the region.

The Festival, which was organized by Iranian Fateh Cultural Establishment, is scheduled to screen a group of local and international movies as the first phase of the festival will last from 21st till 27th of current September, while the second phase will be held next month and last for one week.