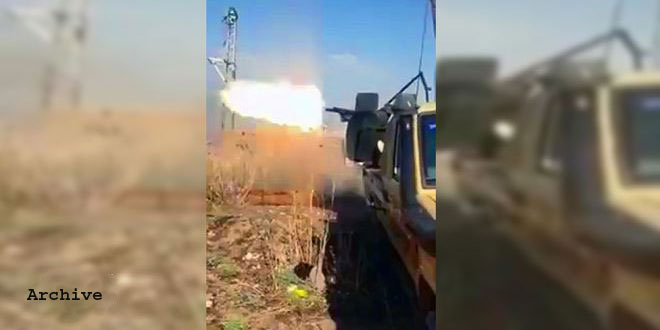 Hasaka, SANA –Dispute was erupted among Erdogan’s mercenaries of terrorist organizations in the occupied city of Ras al-Ayn in Hasaka northwestern countryside.

The sources noted that that infighting was erupted among the mercenaries of Ras al-Ayn area and those who were transported by Turkish occupation from Afrin and Idleb, causing injury among them and damage in the area.

A similar infighting was erupted before days among the mercenaries themselves after a dispute on controlling a checkpoint which they use to smuggling,  particularly in al-Shati village and Mabrouka in western countryside of  Ras al-Ayn village, the sources indicated.

2020-09-14
hybah
Share
Previous Two drug pushers arrested in Yabroud , Damascus countryside
Next For the second day of new school year … about 100,000 students in Hasaka are deprived by QSD militia from their right to learn