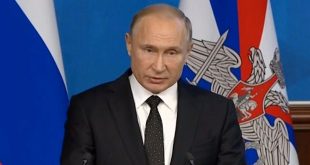 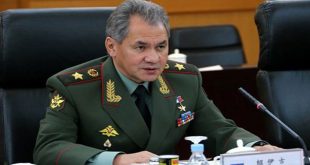 Moscow, SANA- Russian Defense Minister, Sergey Shoygu, affirmed that the Western sanctions imposed on Syria have a negative impact on the progress of solving the crisis in the country and combating terrorism.

Sputnik News Agency quoted Shoygu as saying during a work meeting with the UN Special Envoy for Syria, Geir Pederden, in Moscow on Thursday, that there are factors that negatively affect the solution to the crisis in Syria, combating terrorism and reconstruction, including Western sanctions, violation of Syria’s sovereignty, the plunder of its resources and restrictions imposed by the Coronavirus.

Shoygu praised the efforts made by the Syrian government to overcome all those difficulties and the negative factors surrounding, saying that it is difficult to understand the logic of Western countries, which on the one hand claim concern for the Syrian people, and on the other hand impose penalties on them, as they prohibit the supply of medicines and foodstuffs and impede the return of the displaced.

Russian Foreign Minister Sergey Lavrov, during his meeting with Pederden on Thursday, reiterated the necessity of solving the crisis in Syria politically in accordance with UN Resolution 2254 through a Syrian-Syrian dialogue without external interference.