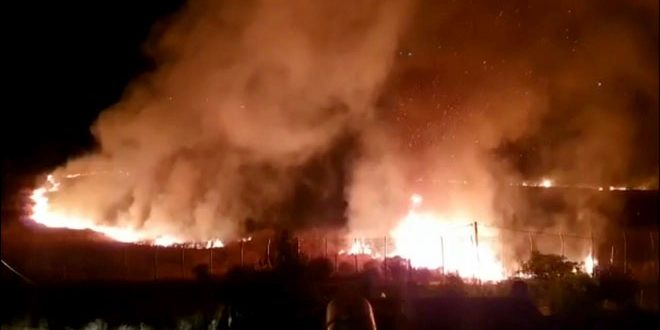 Quneitra, SANA- The Israeli occupation forces on Monday dawn committed arson at the barbed wire fence to the east of the occupied town of Majdal Shams in Quneitra northern countryside which caused the explosion of a landmine.

SANA reporter in Quneitra said that the fire which was set by the Israeli occupation soldiers extended to the east of the barbed wire fence in the liberated territories in front of Majdal Shams town and it reached the agricultural and pastoral lands in Quneitra countryside which caused the blast of a landmine.

The reporter pointed out that Quneitra firefighting brigades headed for the area to put out the fire and they prevented it from extending to the farms and the surrounding forests in the region.